Your very own baroque salon

Be inspired by the rich tradition of (not only) 18th century Prague’s concert scene and organise a first-rate concert in the intimate setting of your homes.

Invite family and friends to listen…

We will help you adorn your own baroque salon with the best possible programme of music! You can choose from four programme themes, but we will be happy to offer you others as well.

You can also gift this unforgettable experience as a present to your loved ones!

In the antechamber of the Sun King

Flute quartets of W. A. Mozart
and J. Haydn

A date with the Mozarts

The Song of Songs 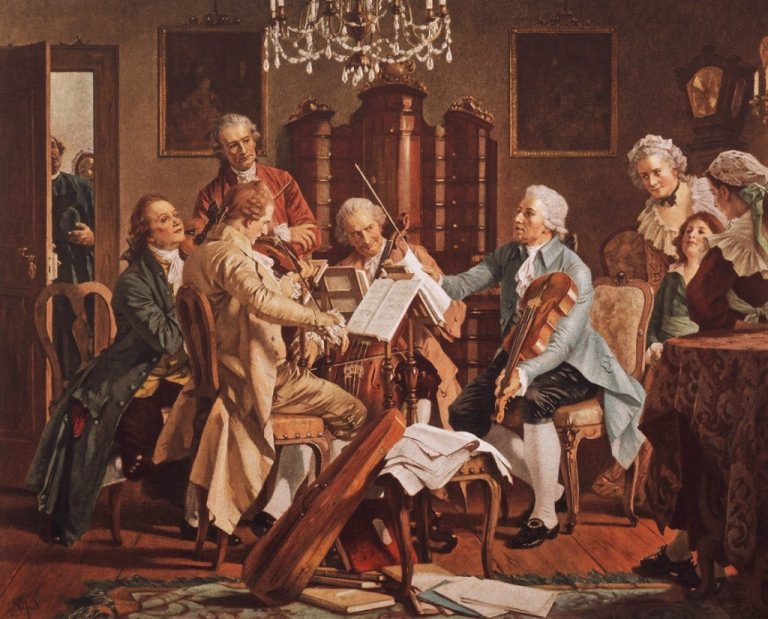 Open your doors to the baroque

In 1713, four citizens of Prague launched a chamber concert series that quickly acquired an excellent reputation, led to the flourishing of both vocal and instrumental music and was a major contributor to Prague becoming an important musical centre in Europe at that time.

Music-loving patrons such as Count Hartig, Count of Vrtba and Count Morzin went on to host prominent performers in the chambers of their palaces – and thus bore witness to the peak moments of the baroque music of Prague.

We also welcome your own performance ideas, thoughts and suggestions.

This website uses cookies to improve your experience while you navigate through the website. Out of these, the cookies that are categorized as necessary are stored on your browser as they are essential for the working of basic functionalities of the website. We also use third-party cookies that help us analyze and understand how you use this website. These cookies will be stored in your browser only with your consent. You also have the option to opt-out of these cookies. But opting out of some of these cookies may affect your browsing experience.
Necessary Always Enabled

Any cookies that may not be particularly necessary for the website to function and is used specifically to collect user personal data via analytics, ads, other embedded contents are termed as non-necessary cookies. It is mandatory to procure user consent prior to running these cookies on your website.

SAVE & ACCEPT
Scroll To Top