"The fabulous conclusion surpassed all expectations set by the excellent opening of this concert.
Last but not least applied to the verz last bit in this case."

"The musical element was, as always, nothing short of brilliance."

"The breathtaking musicality and engaging gestures of Jana Semerádová who can make her ensemble breathe as one, the precise tuning of the period instrumets, the historically informed interpretation and excellent performances by the singers were all rewarded by a long applause from the audience."

Since it was founded in 1997, the Prague ensemble Collegium Marianum has focused on presenting the music of the seventeenth and eighteenth centuries, especially by composers who were born or active in central Europe. One of the few professional ensembles specializing in this field in the Czech Republic, Collegium Marianum not only gives musical performances, but regularly also stages scenic projects.

The ensemble works under the artistic leadership of the traverso player Jana Semerádová who also regularly appears as a soloist with some of the eminent European orchestras. Her active research together with her study of Baroque gesture, declamation, and dance, has enabled Semerádová to broaden the profile of the Collegium Marianum ensemble and present multi-genre projects featuring Baroque dance and theater. Her unique, thematic programming has resulted in a number of modern-day premieres of historical music presented each year.

The ensemble has also maintained long-term collaboration with the Buchty a loutky theater company. The result of this collaboration have been some highly original projects, including the puppet opera Calisto and Handel’s pastoral opera Acis and Galatea.

Collegium Marianum has received critical acclaim both at home and abroad. The ensemble has appeared extensively on the Czech Radio and TV as well as on the radio abroad.

In 2008 the ensemble started a successful collaboration with the Supraphon label. Within the “Music from Eighteenth-Century Prague” series it has launched eight recordings featuring music by well-known and lesser-known composers such as J. D. Zelenka, F. Jiránek, J. J. I. Brentner, and J. A. Sehling. The ensemble has also featured on the profile CD of the soprano Simona Houda-Šaturová, “Gloria,” and in a DVD recording of A. Caldara’s “Maddalena ai piedi di Cristo.”

In January 2010 Collegium Marianum was awarded with an honor for the credits of quality and for the general promotion of Czech music, presented by the International Music Council by UNESCO.

Since 2001 Collegium Marianum has presented the concert cycle Baroque Soirées. Thanks to its thematic programming and close interconnection with the historical spaces of Old Prague, the series is unique not only in the Czech, but also international context. Collegium Marianum is the ensemble in residence of the international music festival Summer Festivities of Early Music.

Flautist Jana Semerádová is a graduate of the Prague Conservatory, the Faculty of Philosophy, Charles University (Theory and Practice of Early Music), and the Royal Conservatory in the Hague, the Netherlands. She is also a laureate of the Magdeburg and Munich international competitions.

Jana Semerádová is the artistic director of Collegium Marianum and programming director of the concert cycle Baroque Soirées and the international music festival Summer Festivities of Early Music. She undertakes intensive archival research both at home and abroad and is engaged in ongoing study of Baroque gesture, declamation and dance. Many of her unique programmes are built around the interconnection of music and drama.

Under her direction, Collegium Marianum stages several modern premieres each year. Jana Semerádová has a number of CDs to her name; her recordings with Collegium Marianum are featured as part of the successful series “Music from Eighteenth-Century Prague” on the Supraphon label, for which she has also recorded her two signature CDs “Solo for the King” and “Chaconne for the Princess“.

In 2015 she received her habilitation degree as an associate professor of flute from the Faculty of Music and Dance at the Academy of Performing Arts in Prague. In 2019 she was awarded the prize of the Prague Group of the Society for Arts and Sciences.

Lenka Torgersen studied violin at the Pilsen Conservatory and subsequently at the Academy of Performing Arts in Prague under Václav Snítil. After graduating in 1998 she focused intensively on Baroque violin and honed her skills from 1999 to 2003 at the Schola Cantorum Basiliensis under the tutelage of Chiara Banchini.

She has recorded for renowned international labels such as Harmonia Mundi, Accent, Zig-Zag Territoires and Pan Classics. In 2010 as a soloist with Collegium 1704 she recorded the instrumental works of Antonín Reichenauer, for which she received the Diapason d’Or award.  In 2013 she recorded on the Supraphon label a solo CD entitled “Il Violino Boemo”, a modern-day premiere reviving the sonatas of the 18th century Czech violin virtuosi František Benda, Josef Antonín Gurecký and František Jiránek. This recording also garnered enthusiastic reviews from both Czech and foreign critics.

Born in Prague, Hana Blažíková graduated from the Prague Conservatory in the class of Jiří Kotouč in 2002, and later undertook further study with Poppy Holden, Peter Kooij, Monika Mauch, and Howard Crook.

In 2010 she took part in a highly acclaimed tour with Bach’s St Matthew Passion conducted by Philippe Herreweghe. In 2011 she made her debut in Carnegie Hall with Masaaki Suzuki’s Bach Collegium Japan, and performed the St John Passion with the Boston Symphony Orchestra.

Hana appears on more than 20 CDs, including the well-known edition of Bach’s complete cantatas with Bach Collegium Japan.

Hana Blažíková also plays gothic harp and presents concerts in which she accompanies herself on this instrument; she is a member of Tiburtina Ensemble, which specializes in Gregorian chant and early medieval polyphony.

Barbora Kabátková has been dedicating herself to music since early childhood, inspired by Marie Štajnochrová’s piano lessons and membership at the Kühn Children’s Choir under Jiří Chvála’s direction.

After completing her secondary education, she studied choir conducting and church music at the Faculty of Education of the Charles University in Prague. Kabátková is currently a Musicology student at the Faculty of Philosophy of the same university, and specializes in Gregorian chant.

She studied voice privately; master classes with Marius van Altena, Peter Kooij, Julie Hassler, Howard Crook and Joel Frederiksen have inspired her interest in early music which has become the core of her musical activities. She is the artistic director of the foremost female vocal Tiburtina Ensemble and plays medieval harp and psaltery.

She also takes part in contemporary music projects (in collaboration with Berg Orchestra or Ostrava Band) and crossover productions; in 2014 she was invited to participate on the CD production of the Eben Brothers “Čas holin” (Wellies Time).

Markéta Cukrová was born in Prague and studied English at the Charles University in the same city. Later on she studied the voice at the State Conservatory in Bratislava.

A sought-out performer of Baroque repertoire, Markéta Cukrová collaborates with Czech ensembles such as Collegium Marianum, Musica Florea, and Gabriela Demeterová’s Collegium, abroad she has collaborated with the Swiss orchestra Musique des Lumieres and with Arte dei Suonatori in Poland.

She is a member of Mala Punica, an acclaimed ensemble focussing on the repertoire of medieval Italy, and of female vocal Tiburtina Ensemble which specializes in western chorale singing and in medieval polyphony.

She also dedicates herself to oratorio and lieder repertoire, and has performed in concert music by Mozart, Haydn, Berlioz, Dvořák, B. Martinů, and others.

In the field of interpretation of Baroque and Renaissance music, he draws on masterclasses from bass Joel Fredericksen, soprano Evelyn Tubb and tenor Erik Stoklossa.

In addition to singing, he devotes himself to playing tenor and bass sackbut (Renaissance style trombone). There were teachers to him excellent players such as Franck Poitrineau, Bernhard Rainer and Adam Woolf.

Since 2005, he has worked regularly with leading Czech ensembles, including Collegium 1704, Collegium Marianum, Musica Florea, Capella Regia Praha, Ensemble Inégal, Ensemble Tourbillon, and Ensemble Baroque. One of the founding members of the ensemble Collegium Vocale 1704, he appeared in its Bach–Prague–2005 extensive project.

Tomáš Král also devotes himself to opera, having appeared as Uberto in La serva padrona by G. B. Pergolesi, as Giove in La Calisto by F. Cavalli with Collegium Marianum (in the Czech Republic, France, and Finland), as Lisingo in Le cinesi by C. W. von Gluck with Collegium 1704, Ernesto in Il mondo della Luna by J. Haydn with Ensemble Baroque, Apollo in G. F. Handel’s cantata Apollo e Dafne with Musica Florea, and as a guest at the Moravian Theatre in Olomouc in an operatic production of Boccaccio (title role), and in Mozart’s opera Cosi fan tutte (as Guglielmo).

In 2014 he made an appearance in a performance of Mozart’s Requiem under the baton of Michael Hofstetter at the Kunstfestspiele Herrenhausen in Hannover and at the Stadttheater Gießen. Collaboration with Hofstetter continued with a concert performance of Weber’s Der Freischütz at the Styriarte Festival in Graz, in which he rendered the role of Ottokar.

In 2015 he sang the title role in Telemann’s adaptation of Händel’s Riccardo Primo at the Stadttheater Gießen. In 2016 he took part in a highly acclaimed performance of St John’s Passion by Bach with B’Rock Gent in a production by Pierre Audi, performed at the Klara Festival in Brussels, at Wratislavia Cantans, and the Opera Forward Festival in Amsterdam. In the same year he sung Apollo in Monteverdi’s Orfeo in Dijon.

Jaromír Nosek studied choir conducting at the Charles University in Prague and voice at the Academy of Music in Prague. As a scholarship holder he took lessons with Emmy Kirkby at the Dartington International Summer School and subsequently studied with Christophe Rousset at the Accademia Chigiana in Siena and with Sara Mingardo at Conservatorio Santa Cecilia in Rome.

He attended masterclasses by Peter Kooij and Joel Frederiksen, among others. He is a laureate of the Dušek Vocal Competition.

Jaromír Nosek focuses primarily on Renaissance, Baroque, and Classical repertoire. He is a member of Collegium Vocale 1704 and Cappella Mariana and collaborates with a number of other ensembles, including Collegium Marianum, Musica Florea, Wrocławska Orkiestra Barokowa, Gli Angeli Genève, Vox Luminis, La Venexiana, and Lautten Compagney.

He has appeared in operatic productions on prestigious stages in Europe, including the Estates Theatre in Prague, Stadttheater Schaffhausen, Centro Cultural de Belém in Lisbon, and Hessisches Staatstheater Wiesbaden, rendering, for example, the title role in Vivaldi’s La Senna Festeggiante, Caronte in Monteverdi’s Orfeo, the Commendatore in Mozart’s Don Giovanni, and Sarastro in The Magic Flute.

Photos are available to be downloaded Right click on a desired image and select the "Save As" option... The photos will be downloaded in high resolution. 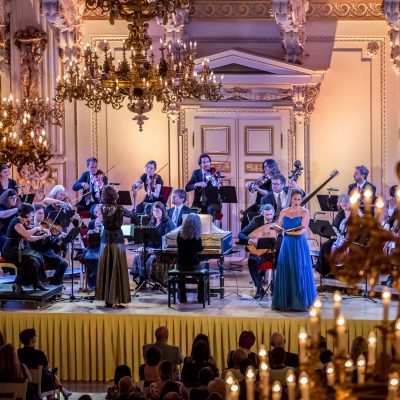 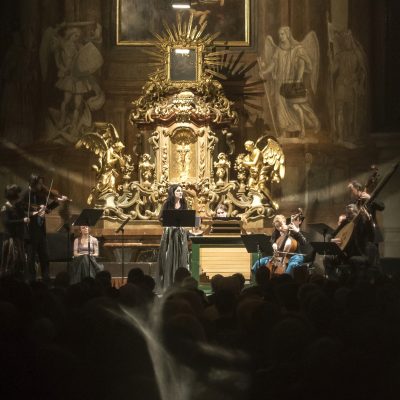 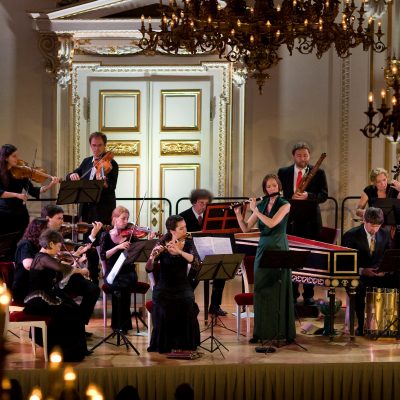 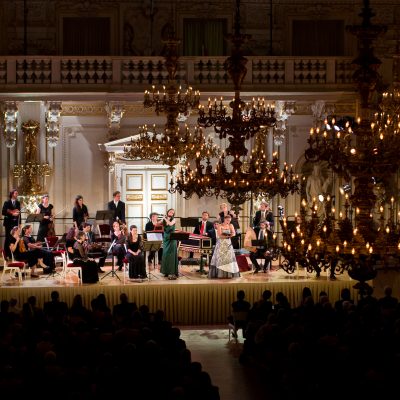 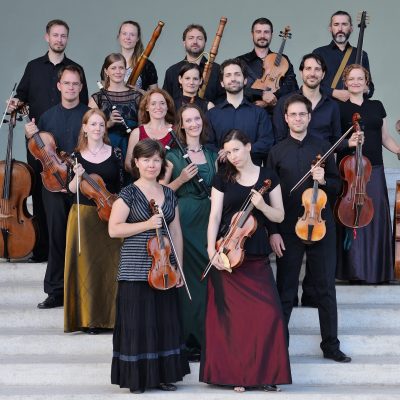 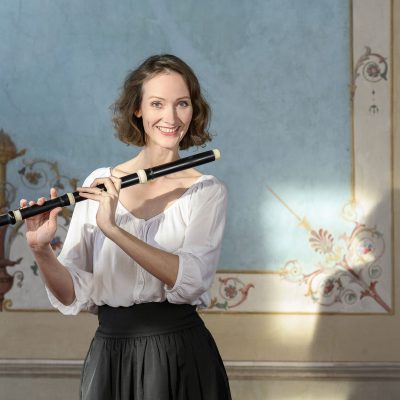 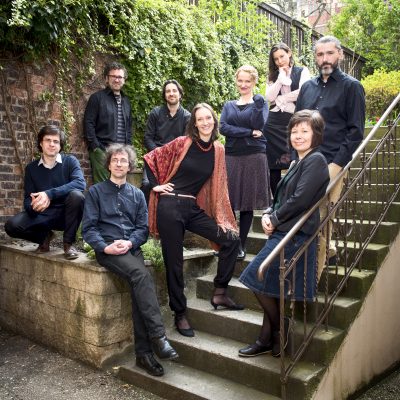 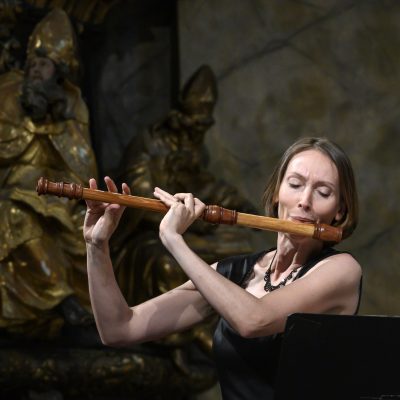 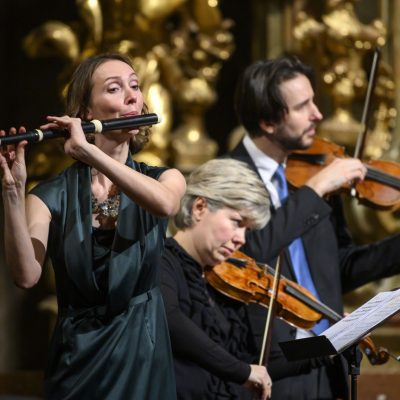 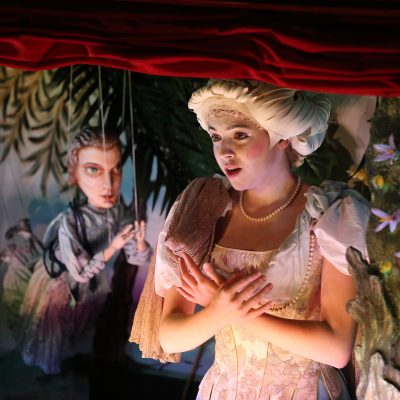 This website uses cookies to improve your experience while you navigate through the website. Out of these, the cookies that are categorized as necessary are stored on your browser as they are essential for the working of basic functionalities of the website. We also use third-party cookies that help us analyze and understand how you use this website. These cookies will be stored in your browser only with your consent. You also have the option to opt-out of these cookies. But opting out of some of these cookies may affect your browsing experience.
Nezbytné Always Enabled
Nutné cookies pomáhají, aby byla webová stránka použitelná tak, že umožní základní funkce jako navigace stránky a přístup k zabezpečeným sekcím webové stránky. Webová stránka nemůže správně fungovat bez těchto cookies.
Analytické, statistické a marketingové
Tyto soubory cookies pomáhají webu, aby jeho prohlížení bylo pro uživatele pohodlnější. Jde o cookies redakčního systému Wordpress, použité písmo webových stránek, sdílená videa z Youtube, sdílené fotogalerie ze sociálních sítích, které si tak můžete prohlížet přímo na našich webových stránkách. Pokud tyto soubory cookies nepovolíte, nemusí některé služby na webu fungovat správně.
SAVE & ACCEPT
Scroll To Top