Concert at the Court of Frederick the Great

Just as France had its Louis XIV, so Germany had Frederick II (1712-1786), whose passionate love of music (to the great annoyance of his father, who wanted him to be a strong monarch and military commander) allowed for the blossoming of many splendid flowers in the Galant style. The desire to learn how to play the flute was awakened in Frederick by his meeting the virtuoso J. J. Quantz. The King surrounded himself with renowned musicians of the time, with his orchestra including the harpsichordist C. Ph. E. Bach, the phenomenal Czech violinist F. Benda and J. Ph. Kirnberger, a pupil of J. S. Bach’s. The encounter between Bach and the King of Prussia subsequently gave rise to the famous collection Musikalisches Opfer (Musical Offering).

The fame of the spellbinding “Galant style” of the Baroque flautist Jana Semerádová has long since crossed the borders of the Czech lands: Wilbert Hazelzet’s pupil has performed to great acclaim at prestigious European festivals as a soloist and with her Collegium Marianum ensemble. Her magical flute invites you to a musical feast at the Potsdam chateau featuring the greatest musicians of the time of King Frederick II. 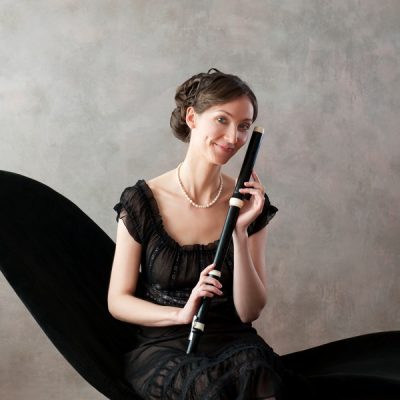